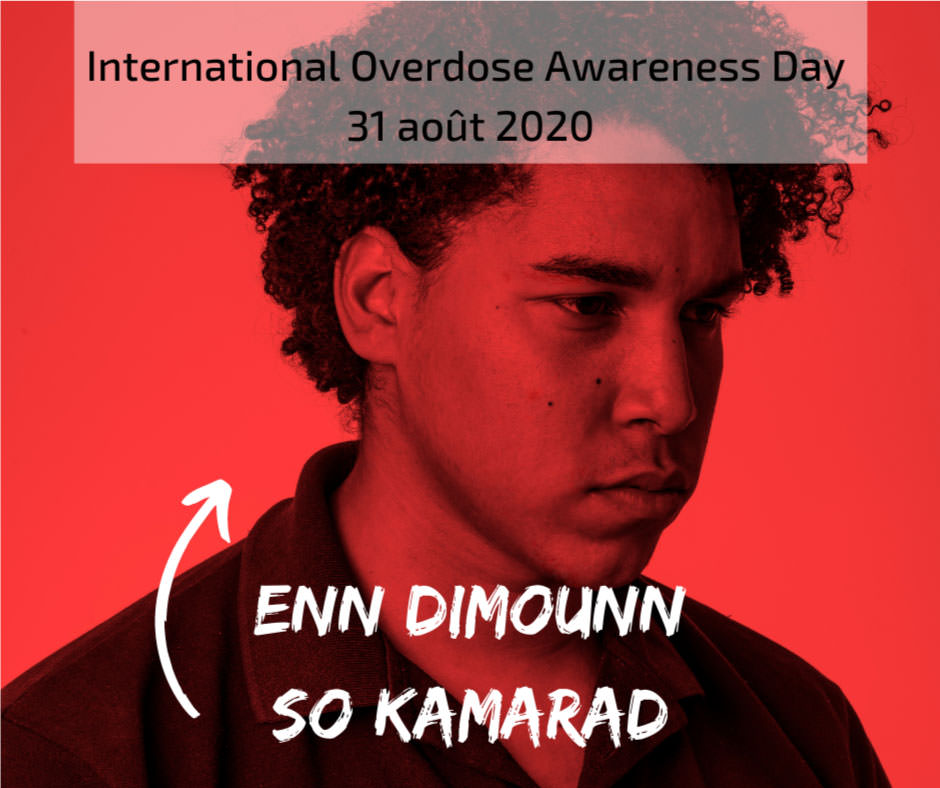 “Time to remember, time to act

Established in 2001, by the Salvation Army in Australia, International Overdose Awareness Day is a global event held on August 31 each year and aims to raise awareness on overdose and reduce the stigma associated with drug-related deaths. CUT and AILES joined forces to raise awareness among the general public, key populations, and the government about this still taboo and unrecorded cause of death. In Mauritius, overdose deaths are classified as Pulmonary edema. To date, at the local level, no statistics are available to evaluate the number of deaths by overdose. This is an obscure reality that needs to be addressed.

The risk of death by overdose is real, not only for people who inject drugs, but also for people who use synthetic drugs. Dozens, perhaps hundreds, of deaths could be avoided notably through prevention with advice on injecting practices, by recognizing signs and with the help of a first aid medication that is administered in the form of an intramuscular injection or inhalation known as Naloxone. This drug, currently banned for private or community use in Mauritius, displaces toxins from the receptor and slows the effects of intoxication and can prevent the death of the person in cases of overdose if used in time. The World Health Organization has listed Naloxone as an essential drug and recommends that countries improve access to it for people who may experience an overdose in their environment: friends, family members, partners of drug users, social workers and first aiders.

This day is an opportunity to commemorate the loss and to pay tribute to the pain of the families and friends of those who have died by overdose. A “position paper” has also been sent to the different ministries and the Prime Minister’s office to raise awareness on this issue. A training day was also given to field workers, peer educators and partner associations to prevent risks and the management of an overdose with the support and intervention of Fellowship First aiders.