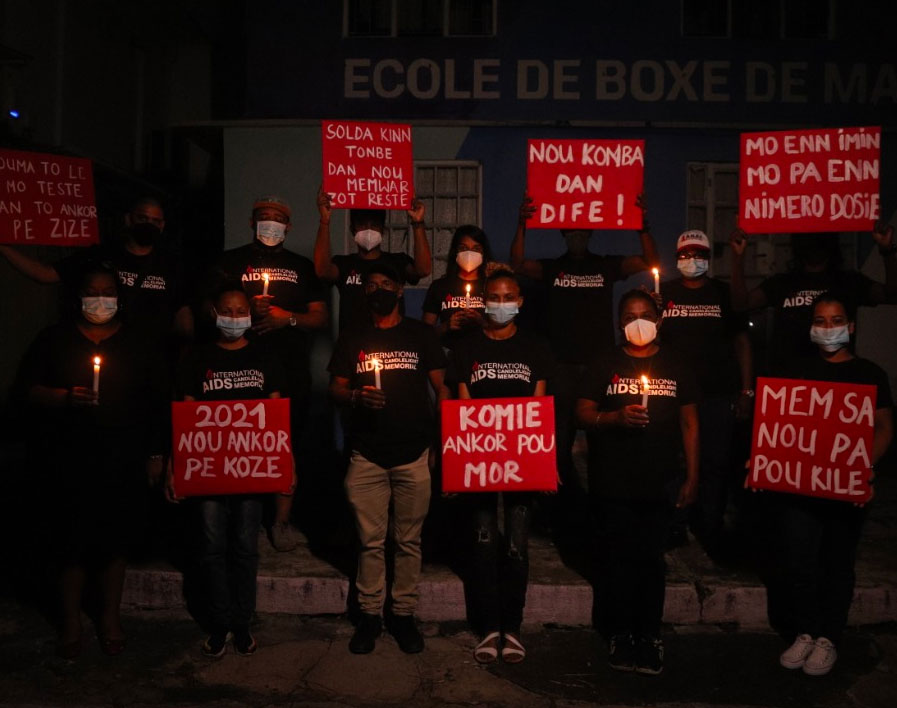 Nou konba dan dife! A powerful and symbolic video produced by AILES and the Collectif Urgence Toxida to commemorate the “International Day Candlelight Memorial. This memorial was an opportunity for the civil society, activists and people living with HIV to pay tribute to those who lost their lives. Along we also gave a light of hope to those who are living with HIV.

This year’s international theme was: We remember – We take action – We live beyond HIV. In Mauritius, the AILES team, in collaboration with the Collectif Urgence Toxida, decided to send a strong message for this campaign in three areas: the past, the present and the future. The partners’ observation is clear: “Nou konba dan dife”. The activists and social workers of the two partner associations agree that in 2021, too many people are still dying due to HIV. The changes are slow and often the recommendations are not sufficiently considered by the concerned authorities but above all civil society organisations are continuing the fight.